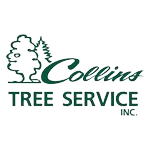 Lawrence V. Collins graduated from the University of Massachusetts in 1959. His love for the tree business began immediately thereafter when he took a job with a national tree service. In 1970, he went to work for the renowned grand hotel, Wentworth by the Sea, as head groundskeeper.


Shortly after, he branched out and formed Collins Tree Service, Inc. After his oldest son Bill graduated from high school in 1984, went to work with his dad while attending Mr. Collins’ alma mater, the University of Massachusetts. Working weekends and summers, followed by full-time, Bill honed his craft under the watchful eye of his father until 2005, when he took over as company president.


Today, Bill operates out of a 6,000 square-foot building on Merrimack Street in Hooksett, New Hampshire. From there, the company’s fleet of trucks and their crews offer skilled arborist services to clients in Hooksett, NH, and throughout the southern part of the state. We are widely considered a “best-in-category” business.


As a family-owned business, Collins Tree Service operates from a simple philosophy: treat every customer with the same respect and attention to detail that you would a family member.


Contact our team to find out more about our history, our qualifications, or our large selection of arboricultural services. We proudly serve residents of Hooksett, as well as other areas throughout southern New Hampshire.

Contact us if you have any questions about our tree services. We are here to help you.